By David Ingram and Mark Hosenball 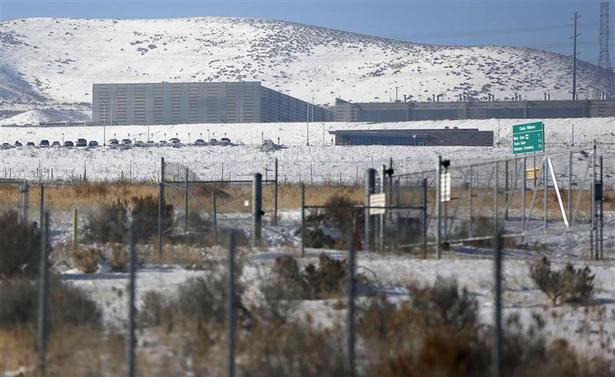 “I cannot imagine a more ‘indiscriminate’ and ‘arbitrary invasion’ than this systematic and high-tech collection and retention of personal data on virtually every single citizen,” U.S. District Judge Richard Leon, appointed by Republican President George W. Bush in 2002, wrote in a 68-page ruling.

The U.S. Department of Justice said it was reviewing the ruling in a case brought by Larry Klayman, a conservative lawyer, and Charles Strange, described in court documents as the father of a cryptologist technician for the NSA who was killed in Afghanistan in 2011. The judge ordered the government to stop collecting data about the two plaintiffs, who were Verizon Communications Inc customers. Verizon declined comment.

“We believe the program is constitutional as previous judges have found,” Department of Justice spokesman Andrew Ames said in a statement.

Leon suspended enforcement of his injunction against the program “in light of the significant national security interests at stake in this case and the novelty of the constitutional issues” pending an expected appeal by the government. A U.S. official said an appeal was likely.

Leon expressed skepticism of the program’s value, writing that the government could not cite a single instance in which the bulk data actually stopped an imminent attack.

“I have serious doubts about the efficacy of the metadata collection program as a means of conducting time-sensitive investigations in cases involving imminent threats of terrorism,” he wrote.

That is important, he added, because for the program to be constitutional, the government must show its effectiveness outweighs privacy interests.

Former NSA contractor Edward Snowden revealed the massive phone record collection to U.S. and British media in June. Documents provided by Snowden showed that a U.S. surveillance court had secretly approved the collection of millions of raw daily phone records in America, such as the length of calls and the numbers that are dialed.

Snowden, in a statement sent by journalist Glenn Greenwald, applauded the ruling.

“I acted on my belief that the NSA’s mass surveillance programs would not withstand a constitutional challenge, and that the American public deserved a chance to see these issues determined by open courts,” he said. “Today, a secret program authorized by a secret court was, when exposed to the light of day, found to violate Americans’ rights. It is the first of many.”

In its defense, the NSA says the data collected are key to spotting possible terrorism plots and do not include the recording of actual phone conversations. Judge Leon wrote, however, that the program likely violated Americans’ right to be free of unreasonable searches.

Gen. Michael Hayden, former director of both NSA and the Central Intelligence Agency, said the metadata made a contribution to weaving the “tapestry of intelligence” and that judges “are not really in a good position to judge the merits of intelligence collection programs.”

An Obama administration official said that on 35 occasions in the past, 15 separate judges assigned to the secretive Foreign Intelligence Surveillance court had declared bulk communications of telephone metadata lawful.

Judge Leon has issued headline-making rulings before. In 2011 he blocked cigarette-warning labels that showed graphic images such as a man with a hole in his throat, saying they were unlawful compelled speech, and this year he ruled that the Federal Reserve ignored the intent of Congress in a case about debit card swipe fees.

Greg Nojeim, senior counsel at the Center for Democracy and Technology, a nonprofit group in Washington, said the ruling “means that the NSA bulk collection program is skating on thin constitutional ice.”

In defending the data collection, U.S. Justice Department lawyers have relied in part on a 1979 ruling from the U.S. Supreme Court that said people have little privacy interest when it comes to records held by a third party such as a phone company.

Leon wrote that the latest circumstances were different.

“The government, in its understandable zeal to protect our homeland, has crafted a counter terrorism program with respect to telephone metadata that strikes the balance based in large part on a 34-year-old Supreme Court precedent, the relevance of which has been eclipsed by technological advances and a cell phone-centric lifestyle heretofore inconceivable,” he wrote.

Greenwald, a former columnist for The Guardian who wrote about the metadata collection program based on documents leaked to him by Snowden, praised the court ruling.

“This is a huge vindication for Edward Snowden and our reporting. Snowden came forward precisely because he knew that the NSA was secretly violating the constitutional rights of his fellow citizens, and a federal court ruled today that this is exactly what has been happening,” Greenwald said in an email.

A committee of experts appointed by the Obama Administration to review NSA activities is expected to recommend that the spy agency give up collection of masses of metadata and instead require telephone companies to hold onto it so it can be searched. But intelligence officials and the phone companies themselves are said to oppose such a plan.