People seem to have been scamming since the human race began. At least since modern, recorded civilisation. With every new find and technology, there seems to have been an influx of scams. Crypto has been no exception. The advent of cryptocurrency brought about the realisation of how easy it was to copy legitimate projects’ open source code and come up with new cryptocurrencies. Some of these were and are good.

98% of ICOs – the thousands of new cryptocurrencies launched by initial coin offerings in the 2016-2018 crypto bubble – have since been found to have been either scams or else just colossal failures.

Either way, 98% of the thousands of crypto projects of those days lost their investors’ money. And yet, for all of these scams, some stand out that have scammed hundreds of millions and even billions of dollars from their victims around the world.

Here are the 10 biggest scams:

1. Onecoin – made famous by the BBC’s Missing Cryptoqueen podcast series, Onecoin is now thought to be the biggest crypto scam of all time. It is believed that the Onecoin scam – now known to be a giant Ponzi scheme – made off with an estimated $25 billion. Despite the scam being shut down by authorities in 2017, it’s leaders arrested and its founder disappeared – on the run or dead – the scam is, astonishingly, still going. Most bizarre of all, Onecoin never even had a cryptocurrency, the tech was a hoax from the start.

2. Bitconnect – another of the most brazen and famous crypto scams of all time. Bitconnect scammed an estimated $4 billion in a multi-level marketing-led Ponzi scheme, luring investors in through claims of having an unbeatable trading algorithm, which, perhaps obviously, never existed. Remarkably, they weren’t happy to just scam their victims once, launching a second scam ICO, BitconnectX, just as their first project was crashing to zero.

3. Bitclub Network – the biggest known crypto-mining scam. As with Onecoin and Bitconnect, this was a Ponzi scheme that successfully used good marketing and salesmen to bring in $722 million. BCN promised its investors that it had bitcoin mining equipment and would send them guaranteed profits. Unfortunately, the videos it used of mining equipment belonged to another mining farm, and it seems to have just been a Ponzi scheme from start to finish.

4. Quadriga – the crypto exchange, whose founder is infamously believed to have faked his own death, was initially Canada’s leading and trusted crypto exchange. But later it was found to have been run fraudulently from the start and its founders were experienced at running other scams.

The founder was the only one with access to the private keys holding C$250 million of its users’ crypto when he suspiciously died, except that most don’t believe he died, and some are still calling for his body to be exhumed to have some proof.

5. Pincoin and iFan – the Vietnamese projects that jointly scammed $660 million from their investors using persuasive sales events and clever marketing. Much of this crypto is still missing.

6. Plexcoin – an ICO that, incredibly, promised its investors returns of 1,354% before being shut down by the SEC and ordered to repay $20 million it had stolen.

7. Savedroid – not a scam per se, but it’s founders shut down their office and social media, before tactlessly posing in an airport and beach making out to have exit scammed before coming back to say it wasn’t a scam. Either way, the project’s tokens crashed in value losing its investors over $50 million as a result of the hoax.

8. Bitcoin Doublers – not one of the biggest scams on its own in terms of stolen value, but cumulatively these are bad. The sites claim to double the bitcoin of anyone who sends in their crypto. The offer sounds good, but it would be a shock if they did anything other than steal the crypto sent to them.

9. Twitter and social media offers – as with Bitcoin Doublers, this is not one individual scam so much as scammers either taking over or imitating celebrities’ social media accounts so well that people fall for them. They promise to send back double the crypto – or whatever offer is made – to whoever sends them their money. The celebrities used are not aware of these scams going on in their names.

10. Thodex – back into the billions of dollars, the founder of this Turkish crypto exchange lured investors to put $2.2 billion of their crypto onto his exchange with offers of free memecoin Doge before exit scamming with the lot. It’s still not known where he is. 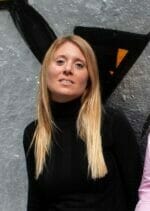