Startup OLÉ, the great technological event for entrepreneurs after the summer, returns more international than ever. The modality selected for this seventh edition has been mixed, being the 6th and 7th of September in digital format and from the 8th to the 10th in-person in Salamanca.

To facilitate access to all the content, Startup OLÉ’21 will be streamed in its entirety, completely free of charge and openly on its Youtube channel. Thanks to this, anyone who wished to follow was able to do so through a screen hundreds of kilometres away, or professionals can participate in person in activities that take place in emblematic buildings of the University and the Salamanca City Council, such as the Hospedería Fonseca, the Colegio Arzobispo Fonseca, the Auditorio de San Blas, etc.

The capacity will be limited and for professionals, allowing all the programmed activities to be carried out in order to guarantee the smooth running of the event. As a result, Startup OLÉ ’21 will be attended by 400 top international speakers from 36 different nationalities, who will participate in more than 60 round tables and seminars. 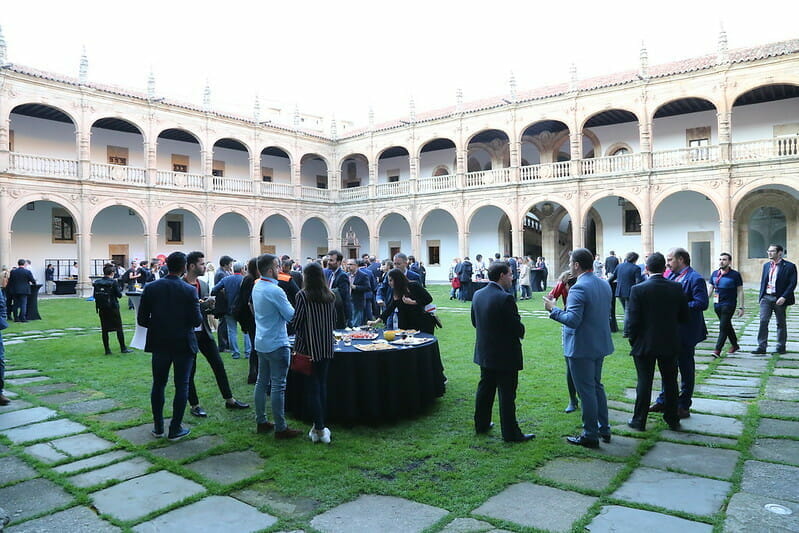 More than 180 startup projects and 30 ideas from university students will be showcased. The total number of nationalities is 44. The activities include a pitch competition, matchmaking activities with more than 160 one-to-one meetings, reverse pitch or outdoor networking activities taking advantage of the extensive facilities of the San Francisco park or the famous cloister of the Colegio Arzobispo Fonseca.

Startup OLÉ has become a large international platform that brings together all types of representatives of the entrepreneurial ecosystem who, especially in recent years, collaborate and co-create with the aim of providing solutions to the new challenges that arise, supporting the construction of a society with a greater degree of digitalisation, decarbonisation, sustainability and justice. 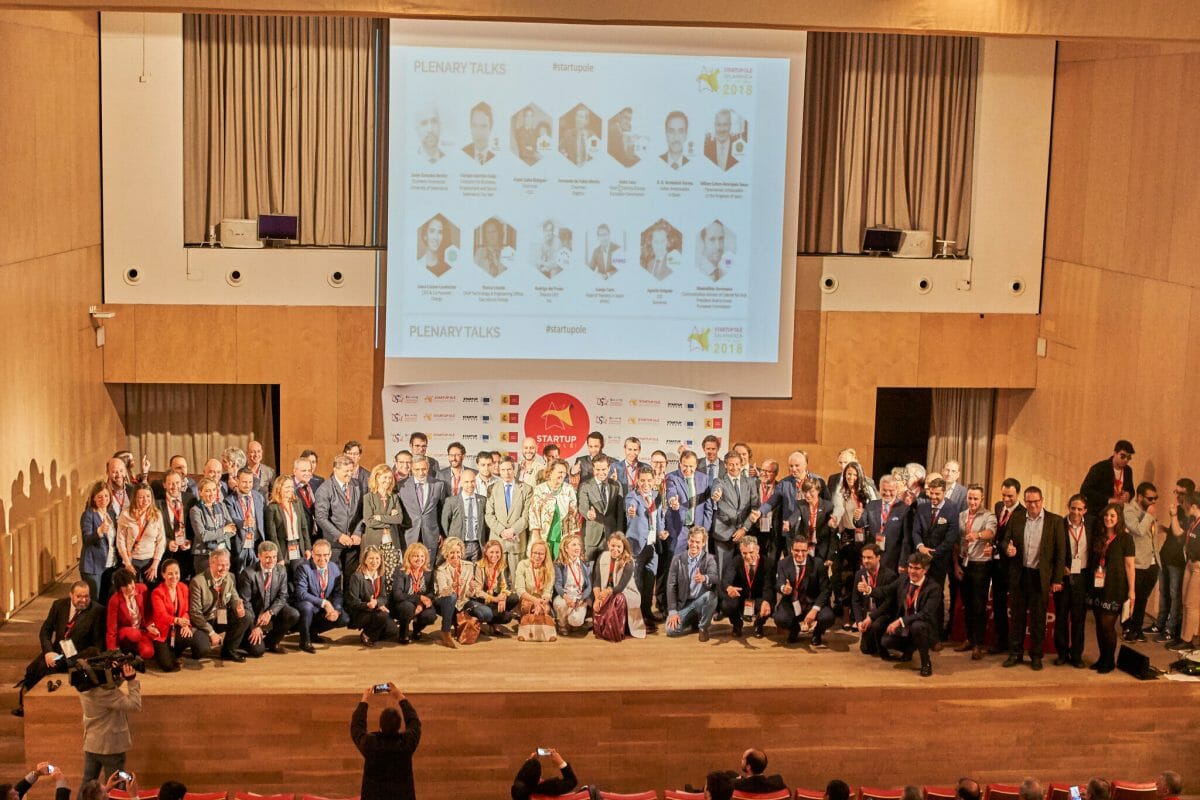 In its seventh edition, this event will have the great honour of being attended by Ms. Mariya Gabriel, Commissioner for Research, Innovation, Education, Culture and Youth of the European Commission, who will open the event in person.

In addition, Startup OLÉ will host important actors of the national and international ecosystem such as

Startup OLÉ continues to grow in support from major corporate and institutional partners, including private and public corporations such as

The main Latin American startup associations will also be present, such as ASEA, Start-up Chile, the Portuguese Startup Portugal, ABSTARTUPS and the Spanish AES. The Argentinean, Colombian, Chilean, Portuguese, Brazilian and Mexican governments, among others, will also be taking part.

On a local, regional and institutional level, Startup OLÉ has the broad support of the City Council, the Provincial Council and the University of Salamanca, ensuring that the name Startup OLÉ continues to be associated with this city synonymous of talent, history and innovation for another year.

On 6th and 7th September, an online programme was offered with round tables such as “Future Trends in Acceleration Programmes” or “The Emerging Challenges of Rural Innovation”, among others. On 7 September, the largest Ibero-American Forum held to date took place, consisting of several international round tables with speakers of the highest level, with representatives of the different venture capital associations from seven countries, such as AMEXCAP, ARCAP, ASCRI, ACVC, ColCapital, InvestorsPortugal and ABVCAP, as well as associations of entrepreneurs and startups such as ASEA, Start-up Chile, Start-up Portugal, ABSTARTUPS and the Spanish AES.

From 8th to 10th September, there will be on-site sessions such as the Investor/Open Innovation Forum, Reverse Pitch, Accelerator Assembly, Public Administrations and Media, University Pavilion or REInA, focused on providing solutions and answers to the concerns generated by an interconnected, technological and social world.

The Guardia Civil will also perform an outdoors exhibition simulating a rescue in rural areas to demonstrate the impact of technology on the development of these areas. It is worth mentioning that among the round tables that will take place, there will be one dedicated to success stories that have emerged in the Startup OLÉ community, such as Trovant Technology and Enagás, Caixa Capital Risc with CDTI and Tebrio (formerly MealFood Europe) or the collaborations of corporations such as Acciona in Latin America.

It is also worth mentioning that on Thursday, the 9th, the European Commissioner Mariya Gabriel, together with the Secretary of State Carme Artigas and other authorities, will be visiting the fair and seeing different startup stands with the aim of finding out about current technological solutions and the vision of entrepreneurs.

This year’s leaders supporting the different verticals and technologies include Hispasat for Telecommunications Satellites, Red Cross for socio-humanitarian impact, Impulsa Visión RTVE for Media, Acciona for Infrastructures, Go2Space – hubs for Space, the Diputación de Salamanca together with the Guardia Civil for Rural Innovation,

BFAuto for Auto-tech, SEK Lab Edtech Accelerator for Edtech, Circular Labs for Circular Economy, Iberdrola for Energy, Enagás for Sustainable Mobility and INCIBE for Cybersecurity. In addition, in this edition, HUAWEI Europe, together with Startup OLÉ and the REInA platform, will present the project “Development of European Rural Innovation and Startup Villages” with the aim of promoting innovation in rural areas, boosting the activity and the generation of synergies in coworking spaces, attracting startups and digital nomads.

The prizes that Startup OLÉ offers in this edition to the best startups are: a direct pass to the semi-final of the “Startup World Cup” organised by Pegasus Tech Ventures that will take place in San Francisco, which will give them the opportunity to win $1 million in investment. It also offers the ElCAMPUS360 prize, which awards €20,000 in scholarships through its Master’s programme “The Entrepreneur’s MBA: 360MBA” to the winners of each vertical, as well as to the overall winner.

To conclude this edition, the Startup OLÉ 2021 Awards will be announced, including the Best Corporate, Best Hub, Best Media, Reverse Pitch Winner, Best Rural Innovation Institution, among others.