Aston Villa v Crystal Palace
Gabriel Agbonlahor returns from a one-match suspension but Christian Benteke is likely to be missing once more as he recovers from a knee problem.

Midfielder Ashley Westwood serves a one-match ban while captain Ron Vlaar is unlikely to have recovered from a calf problem in time.

Cardiff v Southampton
Craig Bellamy looks set to miss out with an ongoing knee problem. Manager Malky Mackay may decide to restore Fraizer Campbell and Kim Bo-kyung to his starting line-up, with Aron Gunnarsson possibly making way for the latter.

The quartet will have various injuries and ailments assessed on Christmas Eve.

Jose Fonte and Maya Yoshida were on the bench for Sunday’s 3-2 defeat to Tottenham due to slight problems, while Artur Boruc (hand), Victor Wanyama (shin) and Guly do Prado (knee) remain sidelined. 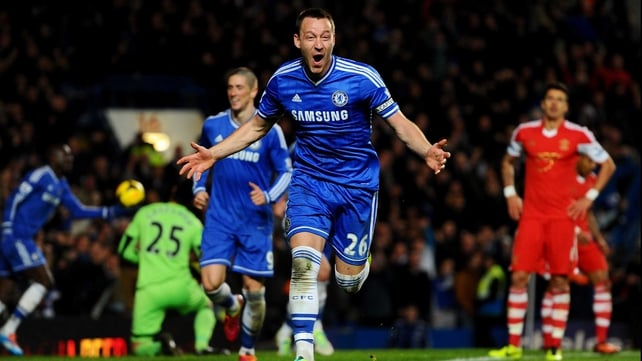 Chelsea manager Jose Mourinho is likely to rotate his squad, meaning Ashley Cole could start at left-back and captain John Terry could be rested.

Michael Essien is available after missing the Arsenal draw through suspension, while his fellow midfielder Marco van Ginkel (knee) is a long-term absentee.

Swansea forward Michu is to undergo ankle surgery in the coming week, while goalkeeper Michel Vorm has already had a knee operation and Nathan Dyer is sidelined by an ankle ligament problem.

Garry Monk is also absent with a knee problem but Leon Britton has returned from a broken toe.

Everton v Sunderland
Everton left-back Leighton Baines could be back in contention after five games out with a broken toe.

Striker Nikica Jelavic should also be available after missing Sunday’s win at Swansea with a minor hamstring injury.

Midfielder Steven Pienaar and defender Sylvain Distin suffered knocks at Swansea but neither are serious while veteran full-back Tony Hibbert has overcome his latest knee problem.

Defender John O’Shea is fighting to be fit for Sunderland. The Republic of Ireland international damaged a shoulder during Saturday’s goalless draw with Norwich and is being assessed.

With Robbie Brady (groin) unlikely to be fit to face his former club, Bruce may keep faith with a side that has drawn against Swansea, Stoke and West Brom. Sone Aluko (Achilles) and Stephen Quinn (hamstring) are both certain absentees.

Danny Welbeck is a doubt for United after suffering a bang on the knee during Saturday’s win over West Ham.

Michael Carrick (Achilles) and Robin van Persie (thigh) are unlikely to be involved and Marouane Fellaini (wrist) is definitely out but Anders Lindegaard should be back after a hip problem. 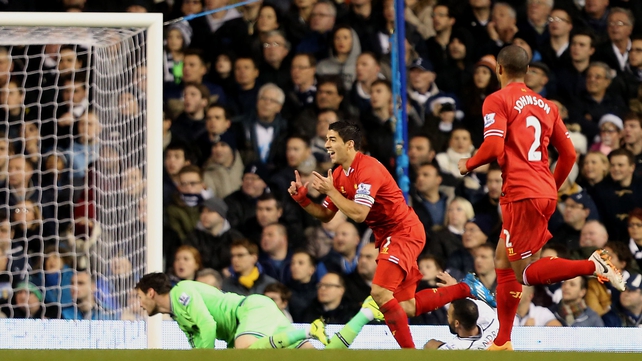 City goalkeeper Joe Hart is to retain his place after making a first Premier League start in almost two months at Fulham.

Gael Clichy could continue on his ‘wrong’ flank at right-back due to injuries for Pablo Zabaleta and Micah Richards (both hamstring).

Top scorer Sergio Aguero and defender Matija Nastasic (both calf) are out and Stevan Jovetic is a doubt due to illness.

Liverpool defender Jon Flanagan picked up a slight hamstring problem in Saturday’s victory over Cardiff and could be a doubt.

Captain Steven Gerrard is progressing well from a similar problem but manager Brendan Rodgers is looking at bringing in reserves and youth team players to bolster a squad which has only 17 fit players.

Newcastle v Stoke
Newcastle boss Alan Pardew will be without midfield enforcer Cheick Tiote, who is suspended after collecting a fifth booking of the season.

Midfielder Jonas Gutierrez is nursing a calf problem picked up in training, but Pardew otherwise has no fitness concerns.

Stoke boss Mark Hughes must decide whether to reward Charlie Adam for his impressive second-half performance against Aston Villa with a start.

Hughes also has Stephen Ireland available after the Irishman was forced to sit out the clash against his parent club. Defender Robert Huth (knee) will miss all the Christmas fixtures.

Norwich v Fulham
Norwich midfielder Jonathan Howson faces a late fitness test on a back problem and is a doubt for the relegation showdown.

Defender Russell Martin missed the 0-0 draw with Sunderland to rest a sore ankle but will return against Fulham.

Fulham striker Dimitar Berbatov faces a late fitness test after missing the 4-2 defeat to Manchester City with a groin injury.

In defence, both Brede Hangeland (back) and Philippe Senderos (abductor) are missing as well as Matthew Briggs (hernia). 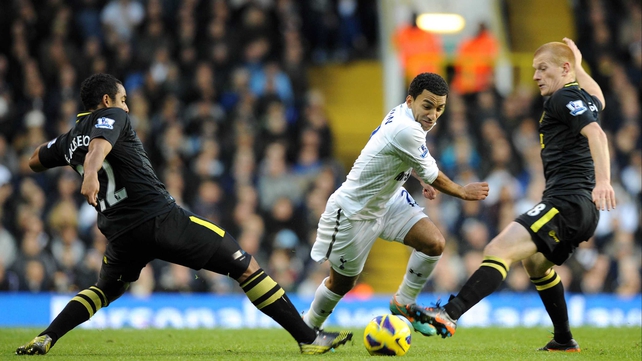 New Tottenham manager Tim Sherwood looks set to be without winger Aaron Lennon, who has an abdominal injury.

Mousa Dembele’s twisted ankle is not too serious but Andros Townsend (hamstring), Younes Kaboul (thigh) and Jan Vertonghen (ankle) are out, while Paulinho is suspended and Harry Kane has a back complaint.

Striker Victor Anichebe is West Brom’s only injury doubt. The forward is struggling with a groin problem.

Goalkeeper Ben Foster returned from a foot injury in last weekend’s 1-1 draw with Hull and reported no ill effects.

There is still no timescale on Andy Carroll’s return from long-term foot trouble and Ricardo Vaz Te and Winston Reid are still several weeks from fitness. Spanish goalkeeper Adrian could keep Jussi Jaaskelainen on the bench once again.

Arsenal will be without midfielder Jack Wilshere as he completes a two-match suspension.

Centre-half Laurent Koscielny could return after sitting out the game against Chelsea with a cut on his knee but forward Yaya Sanogo (back) and midfielders Alex Oxlade-Chamberlain and Abou Diaby (both knee) remain sidelined.