Pro12 teams: Stars back for Leinster and Munster

Home/Sport/Pro12 teams: Stars back for Leinster and Munster
Previous Next

Pro12 teams: Stars back for Leinster and Munster Gordon D’Arcy and Brian O’Driscoll both start for Leinster

Brian O’Driscoll and Gordon D’Arcy have both been included in the Leinster team to take on Munster in the RaboDirect PRO12 encounter against Munster at the Aviva Stadium on Saturday, kick-off 7pm.

While a number of Ireland’s other Six Nations heroes return to the fray, some have been afforded an extra week to recover from their international exertions.

Jamie Heaslip is back to captain the side at number eight, with Kevin McLaughlin and Shane Jennings completing the Leinster pack.

There’s a wealth of experience in the backs as well, with last weeks’ centurion Ian Madigan again selected at 10 and Eoin Reddan beside him and closing in on his own century. Saturday’s sold-out game will earn the Limerick man a 98th Leinster cap.

Luke Fitzgerald and Fergus McFadden have been named on the wings, with D’Arcy and O’Driscoll back to continue their record-breaking centre partnership. Rob Kearney returns to fill the full-back slot, with Zane Kirchner on the bench. 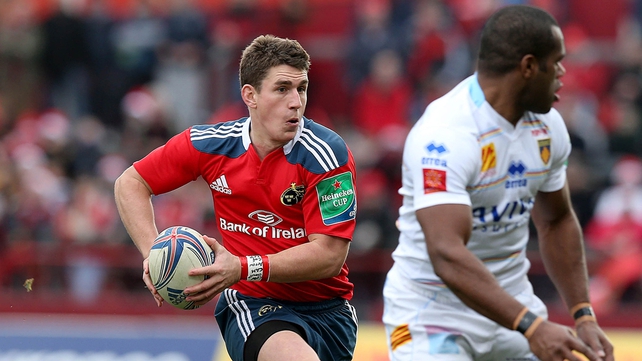 Rob Penney has made 10 changes to the Munster side that beat Treviso last week for the Leinster clash.

Paul O’Connell, Peter O’Mahony, Conor Murray and Tommy O’Donnell all return to the side after helping Ireland to Six Nations glory.

Ian Keatley, man-of-the-match when Munster beat Leinster 19-15 at Thomond Park in October, returns to the side to partner Murray in the half-backs.

Denis Hurley comes in to partner Casey Laulala in the centres.

Simon Zebo is named on the left wing and will earn his 60th Munster cap, with Keith Earls and full-back Felix Jones maintaining their places.

Props Dave Kilcoyne and BJ Botha are both drafted into the side to join hooker Damien Varley in the front row.

O’Connell, who missed the Treviso clash with a slight shoulder niggle, joins Dave Foley in the second row, with captain O’Mahony coming into a back row that also includes O’Donnell and James Coughlan, who keeps his place.

On the injury front, Donnacha Ryan is wearing a protective boot after a specialist identified a strain under his right foot. It is not a common injury and will need to be treated and monitored on a week-to-week basis. 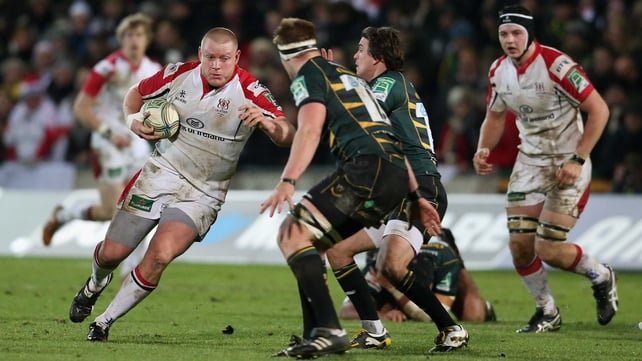 Johann Muller captains Ulster in the second row, where he is joined by Dan Tuohy, who makes his first start since breaking his arm playing for Ireland in February.

Stephen Ferris is picked at blindside, with Nick Williams named at number eight and Chris Henry selected at openside.

Jared Payne starts at full-back, with Tommy Bowe selected on the right wing and Andrew Trimble starting on the left.

Luke Marshall and Darren Cave maintain their partnership in midfield, with Paddy Jackson named at out-half and Michael Heaney continuing at scrum-half in place of the injured Ruan Pienaar.

Rory Best and Roger Wilson have been rested for the game. 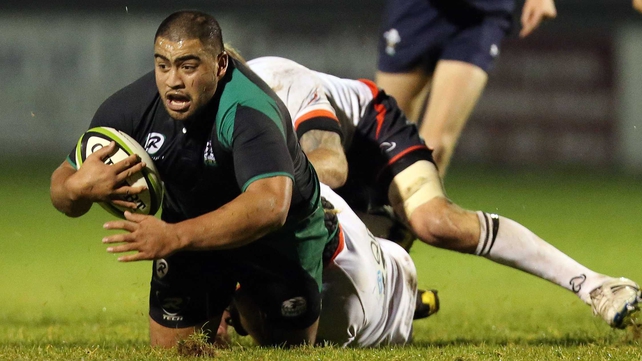 Connacht head coach Pat Lam has named an unchanged side for the trip to Scarlets on Sunday, kick-off 2.05pm.

Hooker Jason Harris-Wright will earn his 40th cap for the province, starting in a front row with Denis Buckley and last week’s tryscorer Rodney Ah You.

John Muldoon, who has touched down for four tries in the last two games, will captain the side from the back row.

Eoin Griffin made an impressive 21 tackles against the Dragons last week and will again partner Dave McSharry in the centre as the team look to record their fifth successive win in the competition.