Munster head coach Rob Penney continues with the squad rotation as JJ Hanrahan is the only survivor from last weekend’s starting team against Scarlets to start in Friday’s RaboDirect PRO12 derby against Connacht in Thomond Park..

Last Saturday’s front row replacements Niall Scannell and John Ryan move in to the starting XV joining James Cronin for the round 11 clash, with Scannell making his first start at this level after making his debut last weekend as a replacement.

Donncha O’Callaghan also makes the step up and starts next to Dave Foley in the second row while Paddy Butler marks his return from injury with a starting place in the back-row, joining Sean Dougall and James Coughlan who captains the squad for the second time this season.

Hanrahan is joined in the half-backs by Duncan Williams this week with Gerry Hurley named in the replacements for the first time this season.  The Cork Con man is line to make a return to league action against the same opposition he last played exactly six years ago.

Ronan O’Mahony who scored the winning try in the 83rd minute last Saturday is named in the new look starting backline with Johne Murphy joining James Downey in the centre partnership for the first time this season. 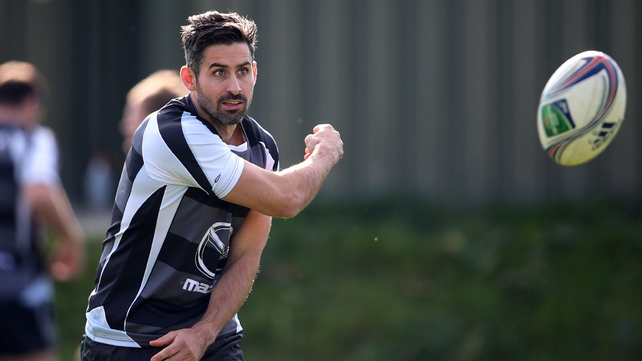 Connacht Head Coach Pat Lam has made three changes to his team to take on Munster.

Frank Murphy will earn his 100th Connacht cap when he starts at scrum half tomorrow. The Cork man joined Connacht in 2008 but missed out on last season due to injury. This fixture against Munster will represent his fourth game of the season.

Connacht’s leading try scorer Fionn Carr has been named on the right wing while Gavin Duffy moves to full back to allow Irish International Robbie Henshaw switch to the centre.

In the pack, the front five remains unchanged from last week but the back row sees Andrew Browne promoted from the bench to start at blindside flanker while John Muldoon moves to the openside. Eoin McKeon makes up an all-Galway back row wearing the Number 8 jersey.

On the replacements bench, lock Aly Muldowney returns to the fray and 20-year-old Academy back Darragh Leader has been brought in as cover.

Commenting on the team selection and the upcoming game, Head Coach Pat Lam said: “Despite being boosted by the win on Saturday against the Dragons, we lost a couple of guys through that last game and it’s hugely disappointing to have to plan without Dave (McSharry), especially on the back of losing our other midfielders Danie (Poolman), Craig (Ronaldson) and Kyle (Tonetti) to injury.

“Kieran Marmion has had a high work load this season having played in every game and taking part in a two-day national camp earlier this week.  So he is named on the bench for tomorrow’s game. We’re delighted for Frank to achieve his 100th Connacht cap, especially after such a long road to recovery last season.

“Jake (Heenan) joins Willie Faloon on the injured list which is another huge loss to a crucial position for us. But John (Muldoon) has shown in the past that he has the skillset and experience to switch sides in the back row.”