Home/Sport/PRO12 previews: Ulster, Leinster to stay on track
Previous Next Ulster sit in third place behind behind PRO12 leaders Munster

Ulster’s victory over Ospreys last weekend was all about getting the basics right, making very few mistakes, and taking chances when they presented themselves.

Atrocious conditions meant there was little in terms of free-flowing, running rugby, and the fact Ulster showed they can beat good teams, in an ugly manner when they need to, was impressive.

At home this Friday against Scarlets, another win will be what Mark Anscombe expects from his team, and with conditions expected to by dry and relatively warm, he will also be hoping his side can put some five pointers on the scoreboard.

The Kiwi has switched things up this weekend and brought in released Ireland international Paddy Jackson to start at No 10.

In addition, Jared Payne moves from 13 to fullback, with Darren Cave pushing out from 12 to 13. Ireland international Luke Marshall is named at inside centre to partner Cave. The talismanic Springbok Ruan Pienaar is named at No 9.

Scarlets’ danger men in the backline come in the form of Gareth Maule at 13, winger Frazier Climo and Aled Thomas at out-half. However, the backline has plenty of youth about it and 20-year-old fullback Jordan Williams looks a talent, as is left wing Kristian Phillips, both of whom touched down last week against Treviso.

There is likely to be very little between the two packs, although I expect the Ulster front row to get the upper hand on the Welsh.

But out back Ulster definitely look to have the advantage with more experience and more individual ability. It should be there that the game is won for the home side, consigning Scarlets to a seventh defeat in their last eight matches on Irish soil. 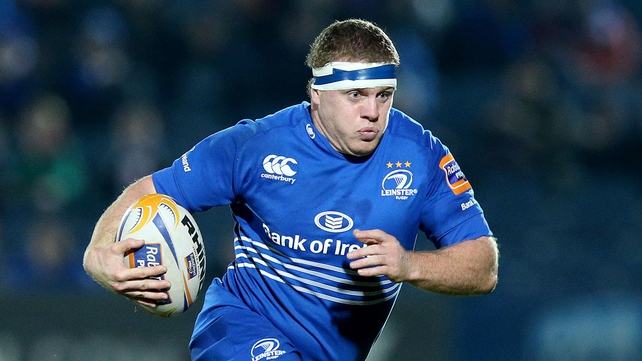 The men in blue come into this home tie with Dragons following a 23-point victory over Zebre. It was a solid, job done performance from Matt O’Connor’s team, which was the expected result.

This St Valentine’s Day the Irish side will welcome Dragons to the RDS, and like last week, anything other than a victory will be regarded as a major failure.

Leinster welcome back Fergus McFadden, Martin Moore, Sean Cronin and Jack McGrath to the starting XV, which greatly strengthens them ahead of the visit of the Welsh province.

O’Connor makes seven changes to his side, and like last week, it appears a very strong team that will take to the field.

Zane Kirchner – who got his second try for Leinster last week – is at fullback, while McFadden and Darragh Fanning line up alongside him on the wings.

The young and exciting centre pairing of Brendan Macken and Noel Reid continue in the side, while Ian Madigan gets a chance to impress his credentials upon the Ireland management by claiming the No 10 jersey.

Another Ireland international, Eoin Reddan, completes the backline at No 9, in what is a hugely impressive looking division.

The pack is also rammed with talent. McGrath, Cronin and Moore all start in the front row, with captain Leo Cullen and Mike McCarthy slotting into the engine room.

In the back row, Rhys Ruddock, Shane Jennings and Jordi Murphy form a very strong trio.

Dragons have switched Hallam Amos to fullback for the tie from the wing position he played against Newcastle in the LV Cup. Matthew Pewnter returns from injury to start on the right wing.

The Welsh team has experience at halfback in the form of Richie Rees and Jason Tovey.

There are some decent players named above, especially Thomas, Sidoli and Talei, but in truth the Dragons are light on talent compared to the Leinster squad; this is reflected by their current position of seventh in the Pro12 table, with seven defeats from 12 matches.

Leinster are in devastating form, having scored 96 points in their last three outings. They have also only conceded 33 in those three games, and just 11 points in two of them.

Dragons have lost their last two ties, and did not even manage a single score against Newcastle Falcons, as they succumbed to a 29-0 defeat. Their last win came in the form of victory over Italian side Rugby Mogliano.

They also have a horrible record playing in Ireland, with their last victory coming way back in September 2008.

If Leinster click, it could be a Valentine’s Day massacre.

Verdict: Leinster to win by 21.