Munster travel as underdogs but they may just have the edge when they meet Ulster in what promises to be a tight and engaging clash at Ravenhill tonight, kick off 7.05pm.

The RaboDirect PRO12 leaders have sent a strong squad north in a bid to maintain the fast pace they have set in the league with many of the 12 changes Rob Penney has made to the starting side that beat Connacht last week strengthening the side.

The intent is particularly evident in the pack, where the likes of Paul O’Connell, Peter O’Mahony and Tommy O’Donnell should give Munster real energy and purpose in what is always a hard-fought area when these sides meet.

Several of the players in action tonight will also be seeking to press a claim for international selection ahead of the Six Nations and for O’Donnell in particular, this is a big opportunity. The Clanwilliam man was in excellent form when he was injured back in September and has a chance here to show Joe Schmidt what he can do in what promises to be a genuinely competitive derby fixture.

The Munster backline is short on big names, but they have clicked more and more frequently during this season.

Outside-centre Casey Laulala is one player who does have the X-factor when on song. His determination to always throw the risky pass can frustrate, but when it works it can unlock even the best defences.

If the rest can play off the New Zealander, it should create opportunities for a backline that includes several quality finishers.

As ever, half-back is key for Munster and as with O’Donnell, this is a valuable chance for Ian Keatley to show what he can do in direct opposition to Paddy Jackson, who has been advanced much further at a younger age for the Ireland senior team. 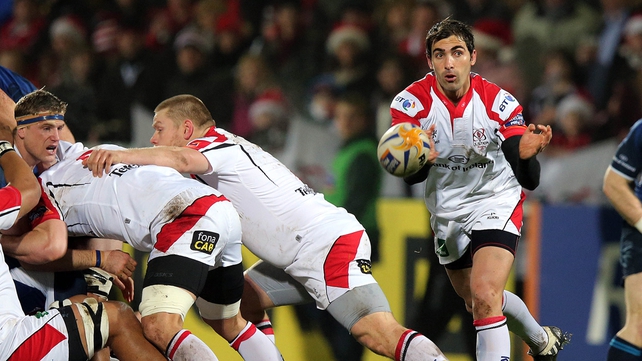 For their part, Ulster struggled at the start of the year but have picked up their form of late, winning five out five before falling to Leinster just after Christmas.

The PRO12 has very much become two-tiered this season, and Ulster are currently last of the five-team group that has separated itself at the top. Every one of their 11 remaining matches between now and May is a big one.

Two of the key imports, Ruan Pienaar and John Afoa, are in place but Ulster will miss the leadership of Johann Mueller at the heart of the pack.

On the plus side, Iain Henderson, Dan Tuohy and Chris Henry do start and will also be looking to catch the eye of Joe Schmidt.

Behind the scrum, Jared Payne and Craig Gilroy offer plenty of threat in the backline and with playmaking duo Jackson and Luke Marshall operating on the end of Pienaar’s service, they may well deliver.

It will be doubtful, but Munster may be able to count on slightly more impact of the bench, where BJ Botha and CJ Stander can both have an effect in important areas.

It will be very tough, but Penney’s men may just edge a rare away win at Ulster’s fortress.