Despite already being assured of progression, Munster have selected a strong side

Munster opened their Heineken Cup campaign with a less-than-promising defeat to Edinburgh but steady improvement over the course of the current season means they are set to be a force to be reckoned with in the knockout stages of this competition.

They will probably do so as home quarter-finalists with a win over Edinburgh (Sunday 12.45pm) likely to put them into fourth place in the seedings, and possibly set up a clash with Toulouse.

Despite already being assured of progression, and the suspicion that they could win this match while resting one or two, Munster have selected a strong side.

The pack, rejuvenated by the emergence of the likes of Peter O’Mahony, Dave Kilcoyne and Tommy O’Donnell, has driven the resurgence and delivered a superb performance against Gloucester last week. 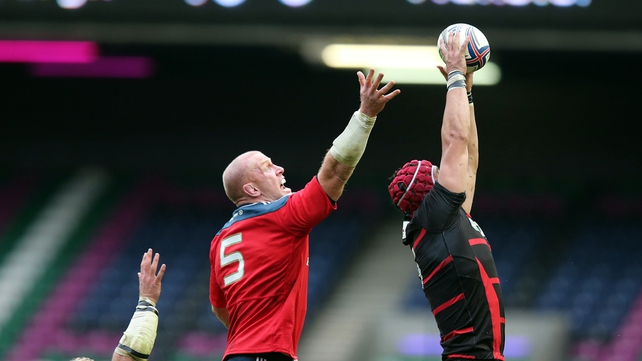 Veteran Paul O’Connell’s outstanding season has played a huge role in the upturn in Munster’s fortunes as well, while Donnacha Ryan’s return likely to be well timed in terms of this competition, and could provide a refreshing boost towards the end of the season.

In a competition where several bigger, slower packs have reached the knockout stages, Munster’s ability to harness passion, energy and tempo could prove very useful indeed.

Munster have also improved significantly behind the scrum of late with Casey Laulala possibly the best example. The one-time All Black has shown off his full range of skills over the last few months, with impressive long passing and with consistently committed defence among the standout features.

Out-half, along with a lack of depth at hooker, are the major concerns.

Despite his good performance last week, a question mark still hangs over Ian Keatley’s ability to deliver on the big stage, and JJ Hanrahan’s good performances at 10 are leading plenty of observers to advocate for his inclusion as the first choice. 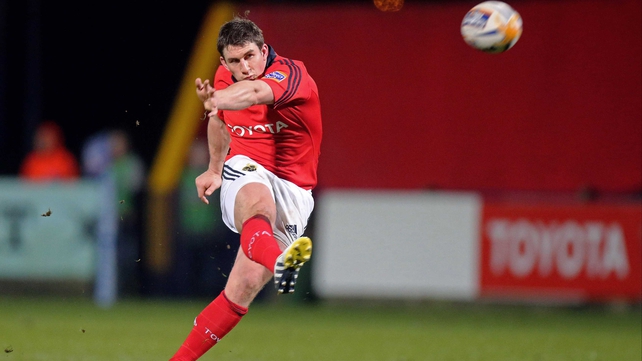 Keatley can be very effective when at his best and is still young at 26. The next few months should see him shake off those lingering doubts.

The only other danger is that Munster are clear favourites – not always a comfortable position for a team that thrives on overturning the odds.

The decision to hold BJ Botha in reserve means Munster have a game-changer in reserve if things do get sticky in the last 20 minutes. Simon Zebo could also have an important role to play off the bench.

Win or lose, Edinburgh tend to concede plenty of points and Munster, fully aware of the importance of controlling this match and demoralising the visitors early, don’t look in the mood to get involved in a free-flowing affair.

The two-time champions should do the needful – and if they can grab that fourth seeding will be everyone’s dark horse for this competition by 2.30pm or so.