Brian O’Driscoll will start against Northampton on Saturday

Brian O’Driscoll will resume his midfield partnership with Gordon D’Arcy as Ian Madigan continues at out-half alongside Eoin Reddan.

Luke Fitzgerald joins the Kearney brothers Dave and Rob in the back three.

Jamie Heaslip leads the team and the Naas man is named in the back-row alongside Sean O’Brien and Rhys Ruddock who will win his 69th Leinster cap in Northampton.

Devin Toner returns to the second row after his involvement with Ireland over the recent international series and will partner Mike McCarthy, with Cian Healy, Sean Cronin and Mike Ross – who now lies six appearances shy of the century mark for Leinster – completing the pack.

Leo Cullen continues is one of a further four Ireland internationals on the bench alongside Kiwi out-half Jimmy Gopperth and South African Zane Kirchner. 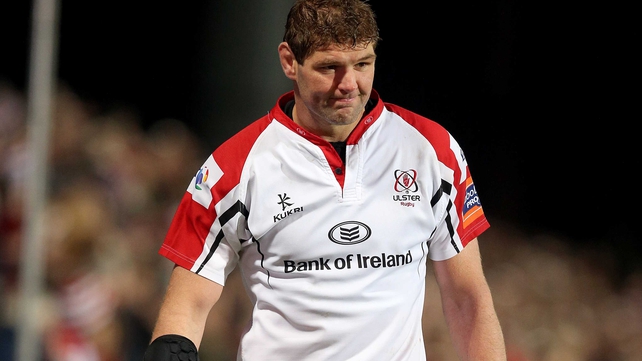 Johann Muller (above), Jared Payne and Ruan Pienaar have been named in the Ulster starting XV to face Benetton Treviso at Ravenhill tomorrow (kick off 6pm).

Muller and Payne return having recovered from injury, while Pienaar is included after being rested for the match against Zebre in Italy last week.

The only other change to the team that started last weekend sees Sean Doyle preferred at openside, with Mike McComish moving to the bench.

Payne starts at fullback alongside Andrew Trimble and Craig Gilroy in the back three.

Darren Cave and Luke Marshall continue in midfield with Pienaar partnering Paddy Jackson in the halfbacks.

The game will be particularly significant for Jackson who makes his 50th appearance for Ulster.

The front row is unchanged from the Zebre game with Tom Court starting at loosehead, Rob Herring continuing at hooker and John Afoa selected at tighthead.

Captain Muller returns in the second row alongside Dan Tuohy, with Sean Doyle, Roger Wilson and Robbie Diack making up the backrow.

Ulster are top of Pool 5 having beaten Leicester Tigers and Montpellier. 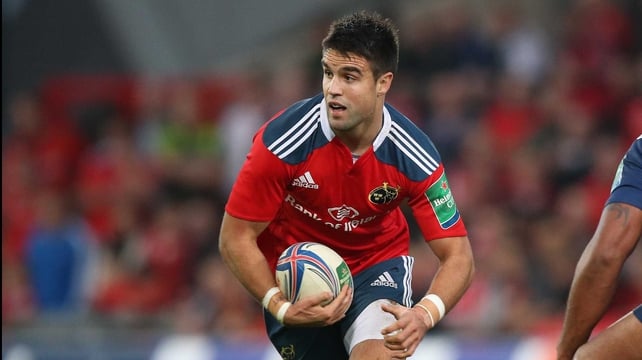 Munster head coach Rob Penney has named a strong side for the Reds’ crunch Heineken Cup clash against Perpignan at Thomond Park on Sunday (kick-off 12:45pm).

Captain Peter O’Mahony and Conor Murray (pictured) are both included in the side for the first time since October.

Penney has made six changes to the side that extended Munster’s winning run to five games last weekend against Newport Gwent Dragons at Rodney Parade.

There are three changes in the backs with Murray coming in to partner last week’s man of the match Ian Keatley in the half-backs.

Casey Laulala returns to the side and lines up alongside James Downey in the centre positions. Laulala’s inclusion means that Keith Earls moves out to the right wing with Johne Murphy coming into the side on the left wing and Felix Jones keeping his place at full-back.

Damien Varley is the only change in the front row as the hooker replaces the injured Mike Sherry with Irish internationals Dave Kilcoyne and Stephen Archer keeping their places in the side.

The second row of Donncha O’Callaghan and Paul O’Connell remains the same but there are two changes in the back row with Peter O’Mahony and Sean Dougall coming into the team.

James Coughlan starts at No 8 after recovering from an eye injury sustained against Newport Gwent Dragons last weekend.

Munster currently lie second in Pool 6 of the Heineken Cup, a point behind Perpignan.