An emerging commercial seaweed industry is gaining pace in South Australia and it has the methane produced by cows firmly in its sights.

Australian researchers have found red seaweed has the ability to reduce cow and sheep methane production by up to 90 per cent when mixed with stock feed. The findings have led the South Australian Government to recently announce $1.5 million over two years to support the establishment of a commercial seaweed industry in the state. It says seaweed production could be worth $140 million a year in South Australia with the potential to create 1,200 jobs.

The production leases and licences for 10 hectares within the east Point Pearce intertidal aquaculture zone, and 30 hectares within the west zone have been granted to the Narungga Nation Aboriginal Corporation (NNAC). NNAC is working in partnership with CH4 Global, a company focused on farming marine seaweeds for commercial purposes to reduce greenhouse emissions in the livestock industry.

Meanwhile, CH4 Global last month announced a world-first agreement to supply enough Asparagopsis seaweed supplement for up to 10,000 head of cattle to an agriculture hub near the South Australian city of Port Pirie.

Cattle are a major contributor to greenhouse gas emissions with every one of the 1.5 billion cows on the planet producing about 100kg of methane a year. Research by Australia’s peak scientific body CSIRO found that the red seaweed Asparagopsis mixed with regular cattle feed at a rate of 100 grams per cow per day reduced methane production by 90 per cent. 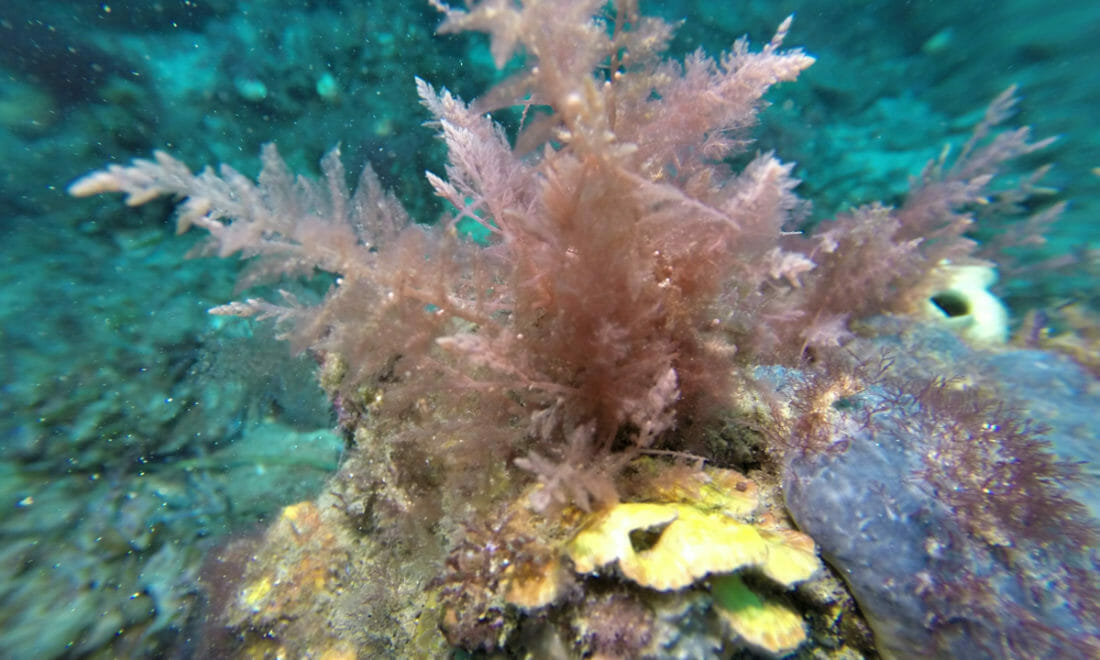 CH4 Global has purchased a licence from patent owners CSIRO, Meat & Livestock Australia and James Cook University and gained regulatory approval for the material to be allowed to sell it in Australia.

The red seaweed will be cultivated by CH4 in South Australia where the company has signed a partnership agreement with the NNAC.

“CH4 believes in circular and regenerative economic principles and is extremely excited by our collaboration and partnership with NNAC,” said CH4 Global CEO and co-founder Steve Meller.

“Working with the Narungga Aboriginal Nation to generate maximum sustainable benefit for its people – jobs, training, and a leadership role in climate mitigation is what CH4 is all about.”

NNAC Chief Executive Officer Klynton Wanganeen said the algae is native to the Narungga Nation’s traditional waters in the Gulf St Vincent, which have the perfect climate to grow both cold and warm water varieties of seaweed.

“We’re in the process of planning and putting in the infrastructure for two one-hectare leases, so that we can start growing with a view to working out the optimal depth for the warm water species,” he said.

CH4 has also applied for 839 ha of potential aquaculture space across three sites in South Australia’s Spencer Gulf, around Port Lincoln in Boston Bay, Louth Bay and Tumby Bay and is looking to establish further farms.

Beyond South Australia, it is anticipated that seaweed-based stock feed supplements will be in strong demand for improved growth rates, particularly in jurisdictions like California where limits have been imposed on livestock emissions. South Australian Minister for Primary Industries and Regional Development David Basham said the granting of the first licence on Yorke Peninsula was an important first step for the emerging industry.

“These are the first marine algae aquaculture leases and licences issued for South Australia, marking the start of a new sector for our aquaculture industry,” he said.

“This is expected to bring new economic development and employment activity to the Yorke Peninsula region, including local Aboriginal communities.

“This is a great outcome for the social and economic wellbeing of the Narungga people, while also having benefits for the whole state.”