The Hoops head the table after three matches and face a Sligo side that have already suffered two surprising defeats.

Earlier this week the two Rovers’ Setanta Cup hopes varied, as Dundalk earned 2-1 win in Tallaght and Sligo garnered a two-goal advantage against St Patrick’s Athletic at The Showgrounds.

Ian Baraclough’s side will feel they need more points on the board having already fallen four behind the leaders and defeat would put their title hopes under the spotlight even at this early stage.

David O’Connor remains out of action for the home side with an ankle ligament injury. Kieran Marty Waters (calf) is a doubt, as is Stephen McPhail (tendonitis).

The FAI Cup holders will be without four players.

Joseph Ndo is back in their squad after overcoming a hamstring problem.

Manager Baraclough has talked up his side’s chances of victory on Friday night.

He said: “It is a tough XI to name. There is a real battle for each position and even with four players on the sidelines, the competition is there.

“There is a strong squad and the reason I’m optimistic going into Friday’s game is the spirit among them. They are showing tremendous drive.

“The reaction to the defeat to Bray has been really encouraging. We were all guilty that night of not performing to how we can and we’ve managed to respond to it really well.

“We will set our stall out like we do for every game to get three points. There is nothing to fear for us.”

Hoops boss Trevor Croly has called on his players to back up their derby win against Bohemians: “This a game that everyone has been looking forward to; it should be a good game of football played in front of a big crowd.

“We know that a big crowd will be a great boost for the players tonight as it has been in every game so far this season.

“We need to repeat the performance we put in against Bohemians last week, and if we do, we have a good chance of getting the three points.”

City lost their only home game of the season to Cork City but a point on the road against Drogheda United will raise hopes against the Saints.

Barry Molloy has a slight thigh strain and Ryan McBride is still doubtful with a hamstring injury – both players will have fitness tests.

Barry McNamee remains on the path to recovery from his knock.

The waiting game continues for Jon Paul McGovern with international clearance not yet received.

Pat’s have been hampered by injuries in the last two weeks and a surprise home draw with Limerick last Saturday, along with the disappointing manner of the defeat to Sligo in the Setanta Cup, will be a concern to Liam Buckley. 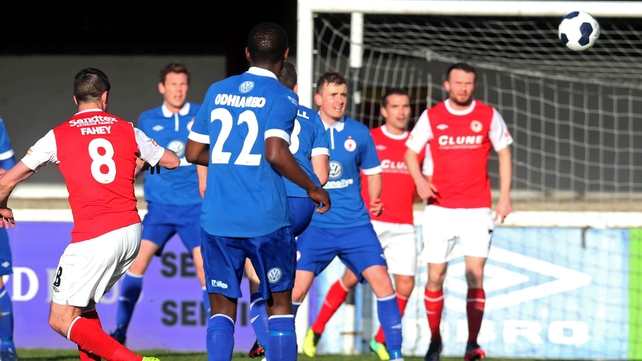 The Saints’ boss reports that both the fitness of Keith Fahey and Kenny Browne will be assessed before the game to establish their potential availability.

Otherwise, Buckley expects to have the same players available to him.

Cork City share the lead with Shamrock Rovers and they will be confident of continuing their good start against bottom side Athlone Town.

Wins over Derry City and Bray Wanderers has given manager John Caulfield an encouraging start in his new role.

However, the injury crisis that has affected Caulfield’s attacking options shows no sign of relenting with Danny Morrissey and Michael Rafter once again miss out due to ankle injuries.

Anthony Elding (ankle) and Mark O’Sullivan (hip) are likely to have fitness tests as both continue to struggle.

Liam Kearney has also struggled with a hamstring problem, but it is hoped he will be available.

John Dunleavy missed training earlier in the week with tonsillitis, but the captain should be available.

Town are the only Premier Division side yet to pick up a point this season, although fixtures with Sligo and Shamrock Rovers have not helped their cause.

Mick Cooke will be without Neil Harney because of a dead leg while Philip Gorman (ankle), James O’Brien (back) and Aidan Collins (shoulder) will all have late fitness tests.

Niall Scullion missed the opening weeks of the season due to being stationed in Syria with the Irish Defence Forces and he is now back in Ireland and available.

Dundalk are very much back in form with wins over Shamrock Rovers, Sligo Rovers and Limerick in the last seven days.

The opening day capitulation against Drogheda United has quickly been forgotten and Stephen Kenny’s men welcome Bohemians to Oriel Park.

Mark Rossiter remains out with a hamstring injury while Simon Kelly serves the final match of his suspension.

However Keith Ward returns after completing a recovery from a cruciate ligament injury which kept him sidelined since June last year.

Bohs can count themselves somewhat unfortunate to have been beaten 3-1 in the Dublin derby to Shamrock Rovers last week.

Andy Mulligan has returned to light training after a quad problem but will not be considered. 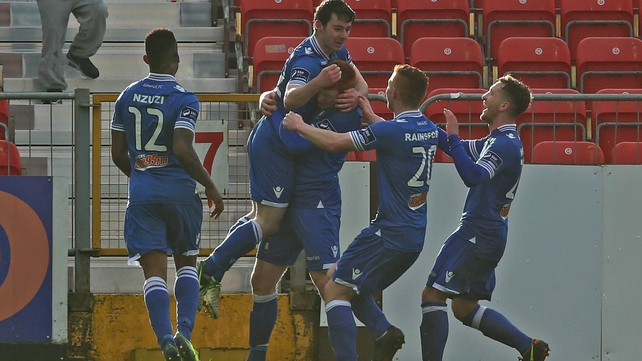 Limerick will take great heart from their 1-1 draw in Richmond Park against St Pat’s last week as they welcome Drogheda United to Thomond Park.

Manager Stuart Taylor will continue to monitor a number of his more experienced players who are battling injury.

Michéal Schlingermann and Philip Hughes will be unavailable for Drogheda.

A scan during the week revealed no further damage to a pelvic injury sustained by Paul Crowley, but the midfielder is still doubtful while there is also concern over Michael Daly.

Gavin Brennan and Declan O’Brien return to the side having missed last week’s draw against Derry City.

Bray Wanderers went down 3-1 to Cork City last week but they will hope to keep their 100% home record when UCD visit.

Bray beat Sligo Rovers in the Carlisle Grounds earlier this month and will fancy their chances against the Students.

Danny O’Connor will sit this one out as he recovers from his groin injury, while defender Eric McGill, who picked up a hamstring injury early on in the game in Cork, will also miss out.

Shane O’Neill has yet to feature in the League so far this season due to a groin injury but could come into the reckoning for a place in the squad – as could Adam Mitchell, who has recovered from the hip injury he picked up against Sligo Rovers that saw him miss out on the trip to Cork.

David Cassidy returns to the squad after serving a two-match ban.

Robbie Creevy is a doubt for the Aaron Callaghan’s men while Samir Belhout is out because of illness.