Football: What’s in store this weekend?

Home/Sport/Football: What’s in store this weekend?
Previous Next

Football: What’s in store this weekend? It’s round four of this year’s Allianz Football League and many observers will have one eye on Tuam Stadium as Galway seek their first points in Division 2.

I, for one, had to take a second glance at the screen to check that 1-20 to 0-08 was the correct scoreline in their defeat to Laois last weekend.

The facts presented were correct, leaving Galway pointless and heading for Division 3 unless a reversal of their fortunes cranks up a gear.

Down provide the opposition on Sunday next, and after inflicting a 19-point defeat on Louth, will be confident of heaping more misery on the Tribesmen.

Galway are a proud footballing county with players like Stockwell, Purcell, Colleran, Joyce and Donnellan defining their eras with style and distinction. 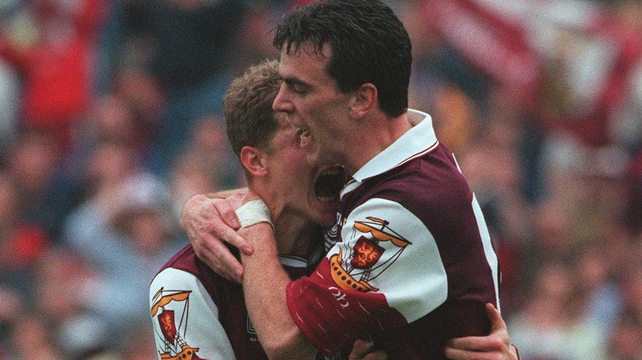 The question that you would have to ask is whether this current crop match up in the physicality stakes? I’m not advocating dirty play, just an extra bit of steeliness!

So far, success at minor and U-21 level, has proved to be a false dawn. Last year’s Connacht Championship defeat to Galway bordered on the embarrassment.

A glow of light shone with much purpose in their qualifier defeat to Cork, yet the early days of this spring has the westerners trapped in a malaise that saw them plummet to new depths in their second-half showing against Laois.

Surely it’s not asking too much for the Tribesmen to show an improvement this weekend in front of their own supporters.

However, Down’s renewed confidence, with Donal O’Hare leading the way in attack, is showing that a return to the top flight is possible. Another two points on the road would leave them nicely set up for the visit of Donegal in the next round. 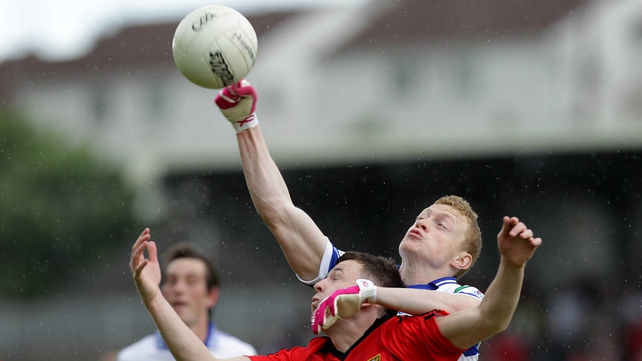 And what of Jim McGuinness’ side? Well so far, the report card in this campaign makes for positive reading.  Monaghan were expected to provide a stern test the last day, but were comfortably dispatched.

Meath are next in the firing line. A consecutive loss to Armagh at was something of a surprise on their home patch. You would not fancy their chances heading to Ballybofey on Sunday and a defeat would end their chances of promotion.

Monaghan, however, should see their quest for a return to the top flight, get back on track with a home victory over Louth.

Aidan O’Rourke’s side were really poor against Down the last day; lacking any real cutting edge up front. You would have to pencil them down now for a return to Division 3.

The Farney will have been disappointed with their effort against Donegal, and despite the best efforts of Conor McManus and Jack McCarron, could never really land a glove with regard to pushing their opponents to the limit..

Running up a decent score against the Wee County will be crucial as promotion could well be determined by scoring averages.

Elsewhere in Division 2, Armagh host Laois. After their notable victories last weekend, this clash is sure to be keenly contested. Jamie Clarke led the Orchard charge en route to two points from their Royal appointment, while Laois showed a ruthlessness, not normally in their copybook, when crushing Galway. 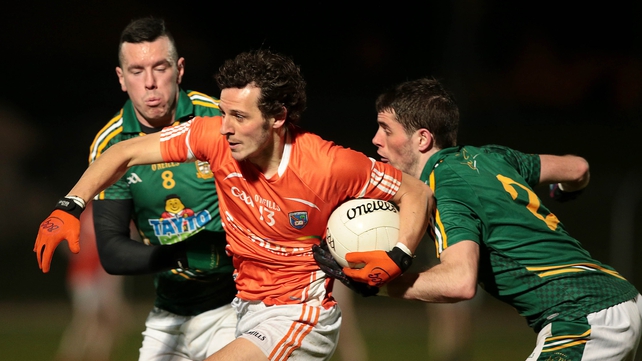 A tentative vote goes to the Ulster side securing victory to make it two wins on the bounce.

In Division 1, Kerry still without a point on the board, welcome Tyrone to Killarney. The Kingdom challenge waned in the second-half against Mayo last weekend.

Failure to push on in a game that was there for the winning is worrying, considering that something similar happened against Derry.

Eamonn Fitzmaurice will also be concerned that some of his players did not show the requisite composure in converting the few chances that did come their way in the latter stages in Castlebar.

While not dismissing their late surge that saw them beat Kildare, Tyrone’s victory in Newbridge could be deemed a grand act of larceny.

The manner of it, however, will not bother Mickey Harte and his troops, who remain on track for a semi-final spot. Yet Harte will have taken note that in midfield his team were second best last Sunday, while in general play they only operated at full tilt in fits and starts.

Kerry are seeking a hat-trick of wins against their Ulster rivals. Last spring they showed sufficient intent in Omagh to secure their Division 1 status. A similar approach will be required in Fitzgerald Stadium.

A victory no matter how it is achieved could be a springboard for better things and I think the Kingdom can stir themselves sufficiently to break their duck in this campaign.

Rebels on the march

It is early in the year, but Cork have given their supporters a firm indication that they will be really competitive on all fronts in the months ahead.

The win over Dublin at Croke Park was well merited. Perhaps now people will stop talking about the list of retirees that called it a day over the winter. The return of John Hayes and Colm O’Neill had a telling effect against the Dubs, while overall their attack raided with purpose and no little pace.

Brian McIver and Derry can be satisfied with their return so far, with the manager highlighting the progress his side has made in the last year.

The northerners travelled south and picked up two points against Kerry last month. Cork, however, are a more formidable outfit as of now and should have enough to maintain their unbeaten start.

Kildare, after the heartbreak of letting it slip late on against Tyrone, must now face Dublin at Croke Park. 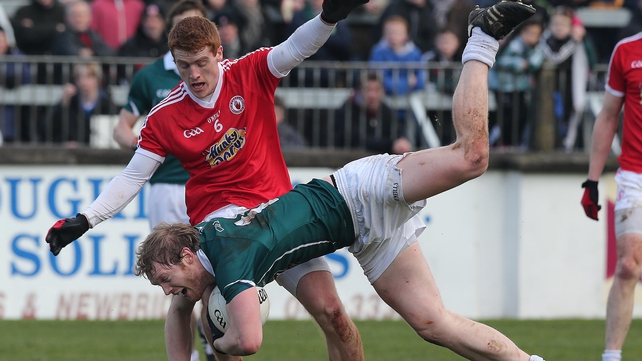 The nature of the defeat in Newbridge will hurt, leaving many to question whether Kildare have the wherewithal to see out tight games.

That said, the Lilywhites played a lot of good football last weekend and a bit more composure and cuteness would have seen them take the points.

Dublin, while going down to only their second defeat in just under a year, still look well-placed for a last-four spot. However, Jim Gavin will be somewhat worried that their defence against the Rebels did look shaky under the high ball.

That said the Dubs should have enough to win and so leave Jason Ryan’s side looking over their shoulder at the prospect of a return to Division 2.

Elsewhere in the Division, Mayo can continue their recovery with a win over Westmeath in Mullingar.

Cavan and Roscommon are setting the pace in Division 3 on the back of easy victories over Wexford and Limerick. 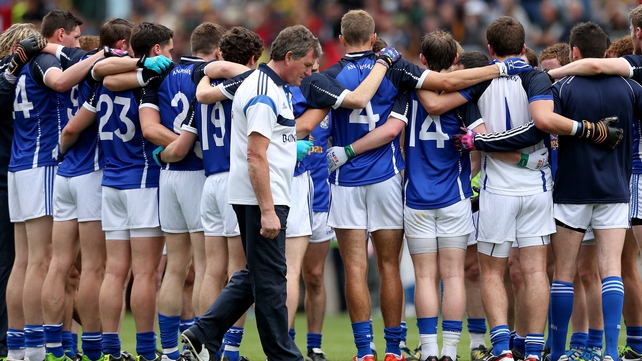 Sligo are next up for the Breffni County, while the Rossies travel to Enniskillen to take on Fermanagh. The pacesetters should have enough to prevail.

Offaly, still without a point, play host to Longford. Emmet McDonnell’s are in dire need of a win, though Longford will be boosted by the return of two points against Fermanagh last weekend. A tight contest is in prospect at O’Connor Park.

In Division 4, the meeting of Tipperary and Clare at Semple Stadium is the standout fixture. The Banner have played a game more and lead the scoring charts in the section. A victory in Thurles could go a long way to securing them promotion.

Leitrim are also genuine contenders to go up and look good enough to dent Wicklow’s hopes by taking the points on offer in Aughrim.

Antrim should be too strong for Carlow at Dr Cullen Park to put themselves back in contention for a return to the third tier.

Television highlights on League Sunday from 19:30 on RTÉ Two and RTE.ie (Ireland only).