The European venture capital scene experienced record-breaking growth in 2021, with over €100B invested in one single year in European startups. These investments created almost 100 unicorns in the region and contributed to a strong startup pipeline going into 2022.

Despite these staggering results there remain challenges on the way forward, especially when it comes to gender diversity. Progress is flat. Comparing 2021 to 2020, there has been hardly any change in the percentage of funding that is raised by all-male founding teams, all-female founding teams or mixed-gender founding teams.

To address this European Women in VC commissioned IDC to analyze the female funding gap on both funders and founders level in the very first truly Pan-European report (covering EU 27 + UK) providing a survey and data-based overview of gender diversity across the European VC sector.

From a funding perspective, the gender gap is ubiquitously present. The combined desk and survey research of over 400 venture firms managing each at least EUR 25m in AUM, indicates that on average 85% of VC General Partners are male, 15% female.

However, moving towards a balanced gender structure at the VC/ funding level clearly indicates that the number of female GPs must increase. More importantly, though these female GPs need access to larger pools of capital, they need to manage larger funds, if they want to exert influence on the startup market and be able to follow on with portfolio companies.

“The strong emergence of biotech and life science funds of a significant size, in certain parts of Europe, is the early sign of progress in bringing more capital to the hands of female investors and creation of diverse investment teams” – Kinga Stanislawska, Co-founder of European Women in VC. “If this segment of funds was removed from the analysis, the picture of European VC management will show significantly a lower result for female presence across general partnerships” 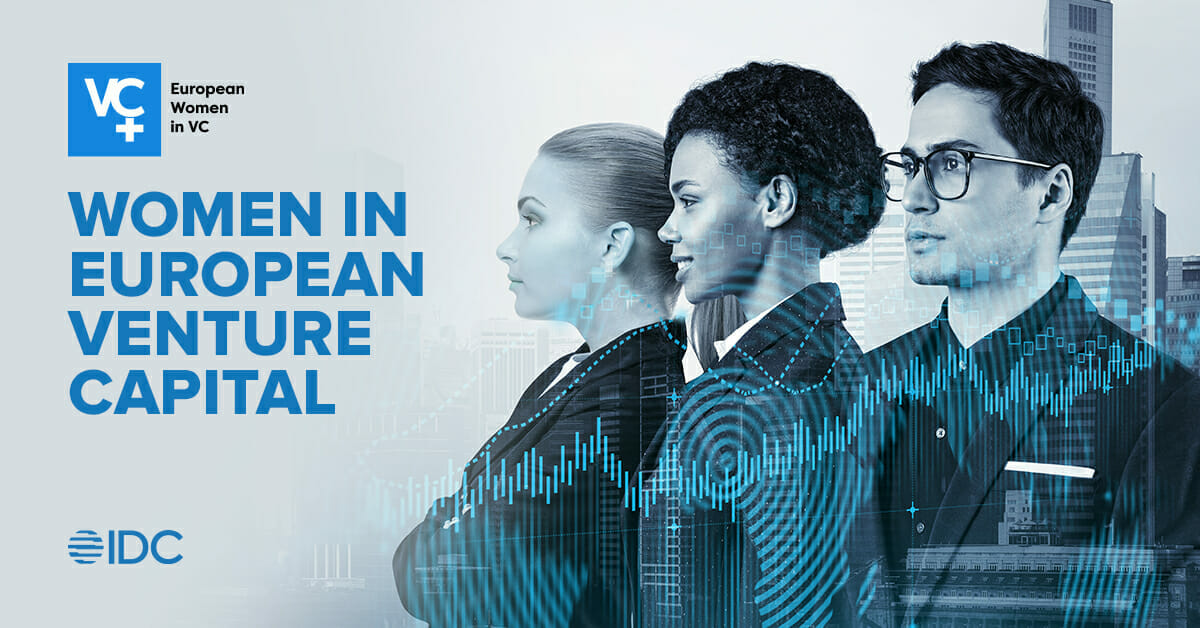 Moreover, from the founders’ perspective, according to the report, the funding gap for female founders remains largely the same as in the previous years even though capital deployed to mixed founding teams increased slightly. In 2021, female-led startups raised just 1,8% of investment in Europe.

“The problem is systemic, thus we must search for holistic solutions. Capital imbalance is not only visible at the startup level, it exists across the entire value chain and must be tackled from the top of capital flows. We need more capital for female-led funds and female GPs on the fund management level! This is a solution for more venture money to reach female founders and in general to better address impact and smart investing.” – Anna Wnuk, Head of Community of European Women in VC.

The report shows that female founders are driving positive impact in critical verticals across the ecosystem, such as education, sustainability, and healthcare. At the same time, female investors are more likely to back up these women-led businesses. Micha? Kramarz – Head of Google for Startups, Central Europe

Although the survey results indicate that women are largely present in junior investment positions and so seem to show an increasing interest in entering the world of VC, the employment pyramid is steep, and the women drop off on the way to Partner level. The funds that women raise and lead are also on average smaller in terms of AUM.

“The current situation in which we invest in a homogeneous group of entrepreneurs is problematic. We do not only leave a lot of opportunity on the table but a lot of unused potential as well. We need to create a level playing field with equal opportunity for everybody.” Corinne Vigreux, founder of TOMTOM.

The report was commissioned and created by European Women in VC, the community of men and women driving change across venture capital space in Europe and beyond;

Experior VC, is the first venture capital firm in Europe founded and managed by women; co-founded by Kinga Stanislawska.

The entire report will be available at websites: www.experior.vc and social media channels of Experior VC.