Comedian Joan Rivers has died in New York, aged 81, a week after suffering a heart attack during an outpatient medical procedure, her daughter has said.

“It is with great sadness that I announce the death of my mother, Joan Rivers.

She said “Although this is difficult to do right now, I know her final wish would be that we return to laughing soon,” Ms Rivers said. 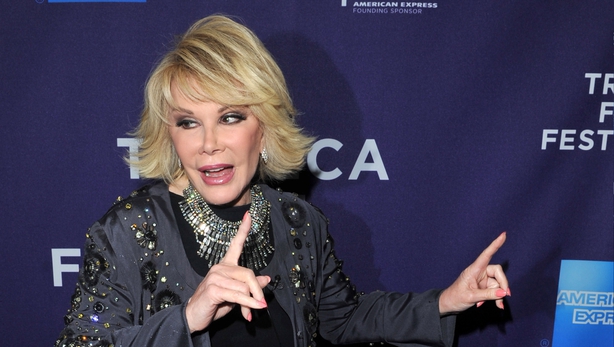 The day before her death, Ms Rivers was moved out of intensive care and her daughter said she was “being kept comfortable”, but her condition deteriorated.

Ms Rivers had one daughter, Melissa, and one grandson, Cooper.

Melissa Rivers added: “Cooper and I have found ourselves humbled by the outpouring of love, support, and prayers we have received from around the world. They have been heard and appreciated,” she said.