All-Ireland champions Clare got their Allianz League campaign off to a perfect start, with a hard-earned 1-16 to 0-18 win over Kilkenny at Cusack Park, Ennis.

Fielding 12 of the side that started in last year’s All-Ireland final replay win, Clare edged a cracking encounter, with a 65th-minute Colin Ryan point the vital score.

Ryan brought his tally to 1-09 as he fired over his seventh point from a free, and although Henry Shefflin registered a late point for Kilkenny, his 12th of the afternoon, it wasn’t enough, and the hosts held out for victory.

Kilkenny boss Brian Cody fielded an unchanged side from the one announced midweek, with the Cats providing a guard of honour for Clare before this game began.

Clare also were unchanged, and the hosts started strongly with Ryan firing three unanswered points inside the opening four minutes. 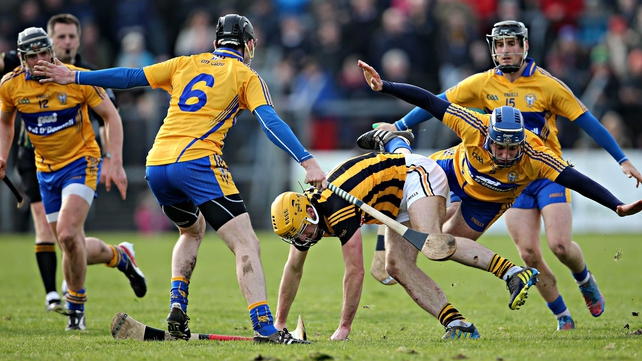 Shefflin opened the visitors’ account with a pointed free in the sixth minute, and with further scores from Shefflin and Walter Walsh, Kilkenny moved 0-04 to 0-03 ahead after 11 minutes.

However, the only goal of this contest arrived soon after, with Ryan raising a green flag in the 12th minute, and this three-pointer was to keep Clare ahead for the remainder of the half.

Shefflin and Ryan continued to prove accurate from placed balls, but following scores from John Conlan, Conor McGrath and Ryan Clare moved into a 1-08 to 0-06 lead after 26 minutes.

Kilkenny rallied before the break as gradually Brian Cody’s charges came back into contention, with Shefflin leading the charge.

The Cats finished the half with five unanswered scores, with Shefflin, Jonjo Farrell, Padraig Walsh and Colin Fennelly on target.

Shefflin brought his tally to seven points by the interval, including five from frees, with a late Fennelly point levelling the game at the break. 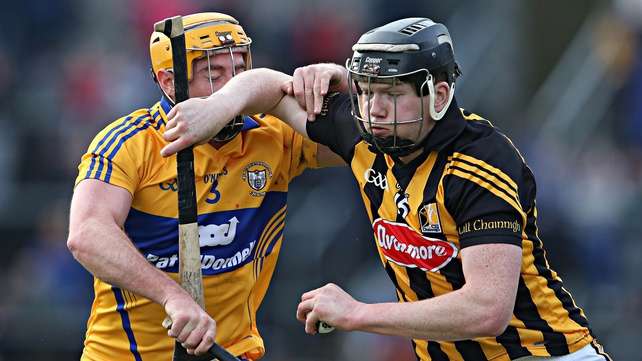 Little separated the sides on the restart, with Clare leading by 1-10 to 0-12 in the 43rd minute following a Colm Galvin score.

The Cats were goal-hungry, but a resolute Clare defence kept them at bay, with a 44th-minute penalty deflected out for a ’65, and Farrell was denied by Banner keeper Dan Tuohy of a goal in the 54th minute.

Ryan and Shefflin continued to trade points from placed balls, with the sides tied at 1-13 to 0-16 with 15 minutes left on the clock.

Padraig Walsh pushed Kilkenny ahead for the first time after 57 minutes, but Clare dug deep to register victory.