Home/Sport/Childhood friends to share stage against Ireland
Previous Next “Rugby mad” George Ford and Owen Farrell are ready to complete their journey from childhood friends to England team-mates in Saturday’s RBS 6 Nations showdown with Ireland.

Ford is poised to make his Test debut after being named on the bench for the Twickenham clash, taking Brad Barritt’s spot among the replacements.

Once opponents at junior rugby league clubs, they were brought up together as union team-mates when their fathers – Mike Ford and Andy Farrell – were united at Saracens as coach and player.

It was the beginning of a friendship that included influential roles in the England Under-20 side that reached the 2011 junior World Cup final, Ford playing at fly-half and Farrell at inside centre. 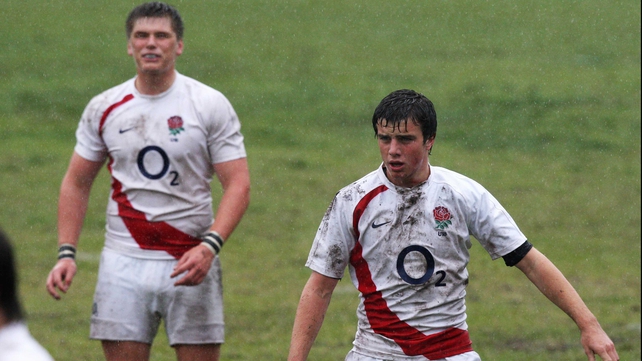 Farrell, who at 22 is two years older, has since established himself as key cog in the Red Rose wheel and Ford insists they feed off each other’s commitment.

“We lived next door to each other and went to the same school, which was good. We walked to school together every day and then came home together,” Ford said.

“We used to play a lot of golf but mainly it was going out on the street, with me Owen and my older brother (Joe) and playing two-on-ones and having a mess around with the rugby ball.

“We were just rugby mad, so there weren’t too many other hobbies – apart from going to the sweet shop.

“We’ve played together in age group stuff and it’s a relationship where we can keep pushing each other on and do what’s best for the team.

“It’s pretty unique that we knew each other from ages ago and played against each other ages ago but are in the same England squad now. It’s brilliant really.

“Owen was always the outstanding player coming up through the age groups. Going into union he was the guy that everyone was talking about. He was carving up teams week in week out.

“With his dad playing as well, everyone knew who he was. He was the guy everybody looked out for.”

Ford’s elevation to the matchday 23 has been driven by the need to add depth at fly-half in case Farrell should be injured.

The challenge facing head coach Stuart Lancaster is to give him as much game time as possible to build up his experience heading into the 2015 World Cup.

Events at Twickenham on Saturday will dictate when he is brought on, or if he appears at all, but should be needed he is confident he will slot in seamlessly.

“I like to attack the gainline, be quite flat and put other people into space and when it is on to manage the game” – George Ford

“Owen has been brilliant in the last two games. He’s been attacking the gainline and managing the game well. His defence, kicking and goalkicking have been world class,” Ford said.

“I can be the same player. The way we want to play with England is very similar to what we are trying to do at Bath.”

“We are trying to score a lot of points and have the mindset to be positive and run when it is on and take teams on.

“I like to attack the gainline, be quite flat and put other people into space and when it is on to manage the game.

“If it is on, nine out of 10 times to kick it in behind to build pressure.

“You have to make the right decisions and Owen has been brilliant at that in the last couple of weeks. It is about putting your own stamp on the game.”