Call for suspension of all water charges

Home/Headlines/Call for suspension of all water charges
Previous Next

Call for suspension of all water charges Fianna Fáil spokesperson on the environment Barry Cowen, who attended the protest in Tullamore, Co Offaly, said that unless the Government took people’s anger seriously, the Irish Water problems would escalate into an even costlier mess. 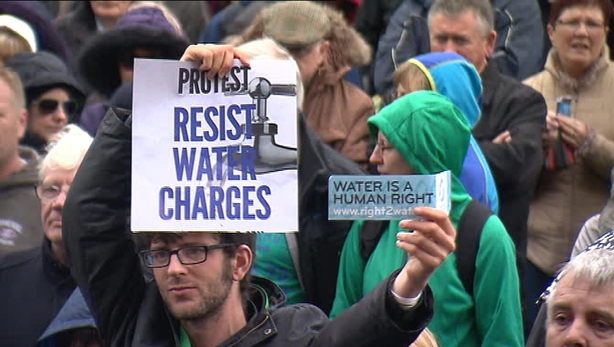 Reform Alliance members have written to Government Chief Whip Paul Kehoe to request that TDs from all sides of the House should be given a chance to propose a solution to what is fast approaching a national emergency.

Sinn Féin leader Gerry Adams said after taking part in the Dundalk protest that the Government must listen to the people and end its imposition of water charges.

Meanwhile MEP Luke ‘Ming’ Flanagan addressed the crowd in Roscommon Town saying that it was a victory for the people who had “stood tall” against austerity and that the Government would hate the large number of people who had turned out at the protest in the town.

“If no one had turned up today, we were beaten so I’m delighted at that so many came out today,” he said.

The nationwide rallies come ahead of a Government decision outlining how the charges will be implemented, which is expected in the coming weeks. 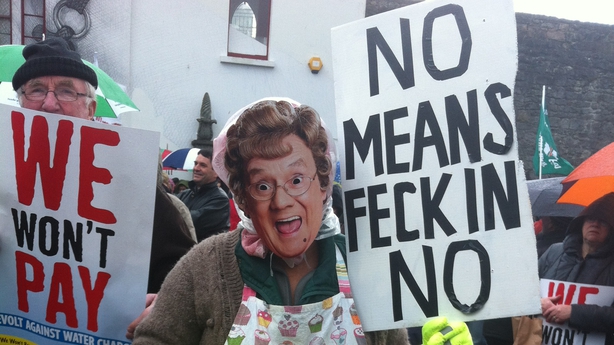 Minister of State at the Department of Jobs Enterprise and Innovation Ged Nash has said serious mistakes were made in the establishment of Irish Water.

Mr Nash told RTÉ radio the Government is working on a payment system that is fairer and more affordable.

He said: “We acknowledge people’s anxieties right across the country about issues regarding affordability for water charges and we’re prepared to address those.

“We have a very open mind on this and we will respond to the concerns that people have.

“I think some serious mistakes have been made. The timeframe for the establishment of Irish Water was very ambitious and very exacting.

“I think if we were starting again we would have a much longer timeframe to establish what is a very important public utility.” 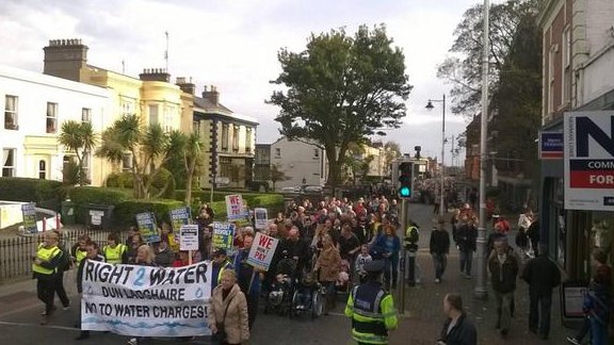 Socialist Party TD Ruth Coppinger earlier said the Government “is on the ropes over water charges”.

She said: “If the demonstrations don’t convince them to ditch it, a mass boycott of the bills is inevitable in January.”

Irish Water is due to issue its first bills at the end of January following a decision by the Commission for Energy Regulation to extend the validation campaign until the end of this month.

Meanwhile, a spokesperson for a community organisation that distributed water protest leaflets printed on paper carrying the National Development Plan logo has said it was a mistake to use the letterhead.

The leaflets, sent by the Family Resource Centre in Inchicore to houses in the area, carried the message “the time is now to fight back against austerity” underneath a logo reading “Funded under the Irish Government’s National Development Plan”.

Rita Fagan said the flyer was printed on the organisation’s ordinary letterhead, which carries the NDP logo, but that the material was not being funded by the Government.

She said less than half of the organisation’s funding comes through the National Development Plan and that it was a “slip-up” to use the logo on the leaflets.