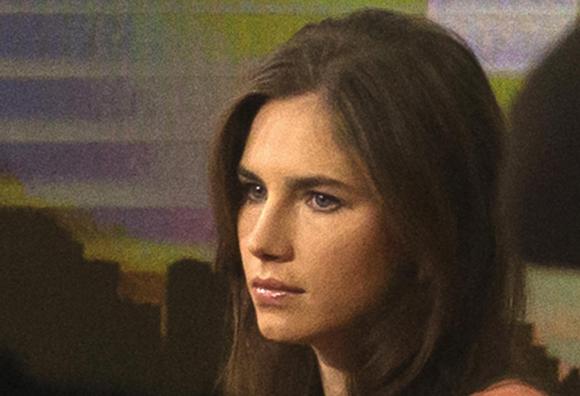 FLORENCE, Italy (Reuters) – Lawyers for U.S. student Amanda Knox urged a Florence court to find her and her former Italian boyfriend Raffaele Sollecito innocent of the 2007 murder of Briton Meredith Kercher as judges retired to decide a verdict on Thursday.

Kercher, 21, was found stabbed to death in her bedroom in the apartment she shared with Knox in the Umbrian city of Perugia in 2007, where the two were students.

Investigators quickly pointed to Knox and Sollecito as suspects, building a narrative that the two killed Kercher in a sex game gone awry. Both were convicted in an initial trial and spent four years in prison.

They were cleared on appeal, but Italy’s highest court last year quashed that verdict due to “inconsistencies” and ordered a repeat of the appeal trial.

Prosecutors have asked for 26 years in prison for both Knox and Sollecito for the murder. A verdict is expected on Thursday night.

The case has played out through the media as much as through the courts, propelling Knox and Sollecito to something approaching celebrity status in their home countries. Armies of bloggers battle over disputed evidence about the case online.

Supporters of Knox in the United States have done much to transform an initial public image of her as a sex-obsessed party girl, which critics say prevented a fair trial, to one portraying her as a victim of a faulty justice system.

Knox has lived in her U.S. home city of Seattle since her 2011 release and has not returned to Italy to hear the verdict, saying she will remain a “fugitive” if found guilty.

But Sollecito, dressed in a smart coat with sunglasses despite the pouring rain, attended with his family.

In final statements to the panel of two judges and eight jurors, defense lawyers asked them to disregard DNA traces that originally helped convict the two, saying errors by investigators meant they could not be relied upon.

Traces of DNA on a knife found in Sollecito’s apartment and on Kercher’s bra clasp, as well as footprints from the crime scene, have been poured over in the latest trial.

Knox’s lawyer Carlo Dalla Vedova raised his voice in anger as he urged the judges not to feel they had to protect the reputation of the Italian justice system, following allegations from the United States that a flawed system led to Knox being wrongfully dragged into the case as a suspect.

He dismissed Knox’s initial testimony to police, in which she falsely implicated Congolese bar owner Patrick Lumumba in the crime and described hearing Kercher scream, as the result of police manipulation, confusion and her lack of Italian language skills.

The prosecution maintains her initial testimony proves she had knowledge of the crime, and has asked for an additional four years of jail for Knox for a standing slander conviction for implicating Lumumba.

Lawyers for Sollecito and Knox argue that only one person is guilty of the murder: Ivory Coast-born Rudy Guede, who is serving a 16-year sentence for sexually assaulting and stabbing Kercher. His trial found that he did not act alone because of the number and variety of Kercher’s more than 40 wounds.

The court has the power to detain Sollecito immediately if he is judged a flight risk, but Knox would need to be extradited to serve any sentence.