Giovanni Trapattoni was in charge of Ireland for five years

There was always going to be a hangover. But what a hangover it was.

Ireland’s EURO 2012 debacle was still fresh in the memory as the 2014 World Cup campaign kicked off, long before the wounds of Poznan and Gdansk had healed.

Germany came and conquered, demolishing Ireland 6-1 at the Aviva and the World Cup qualifying campaign looked doomed before it had even begun.

2013 would need to be a big year for Ireland to harbour any hopes of reaching the promised land of Brazil in the summer of 2014.

As it transpired, the ticket to South America never looked likely, but 2013 did prove to be a big year for Irish football.

Perhaps the necessary changes at the top came 12 months too late, but 2014 could herald the start of the next real renaissance of Irish football.

Ireland started 2013 with an impressive 2-0 victory over Poland at the Aviva in February and it looked like the start of a new approach from manager Giovanni Trapattoni.

A host of fresh faces were included in the squad with a trio of Derby County players including captain Richard Keogh and the stylish, if untested, Jeff Hendrick, while Ciaran Clark, Greg Cunningham, Robbie Brady, James McCarthy and James McClean gave the starting XI a very welcome injection of youth. 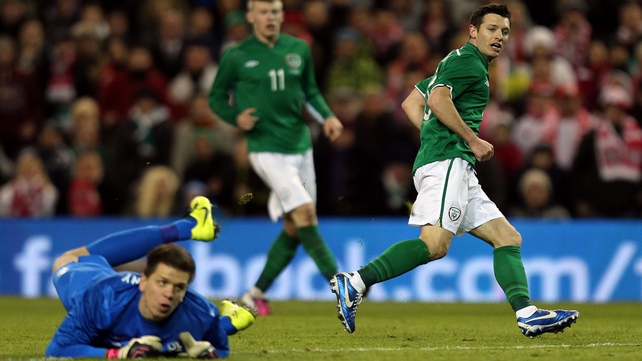 Wes Hoolahan came on for the final half hour of the game and showed exactly what he could bring to the international table, finishing the night with a super strike to seal the victory.

Would Wes be the man to lead the revival??

The victory to start the year should have been a real confidence builder for the team and also for the manager as he looked to regain the popular support.

But that all backfired with the latest ‘Lost in Translation’ moment from Trapattoni. The manager’s comments were among a long line of Trap’s calamitous communications and the novelty had long since worn off.

Kelly hit back with a verbal tirade reminding the manager of his long-term commitment to Ireland saying: “I am simply shocked and disgusted with the untrue and unwarranted comments made by Giovanni Trapattoni. 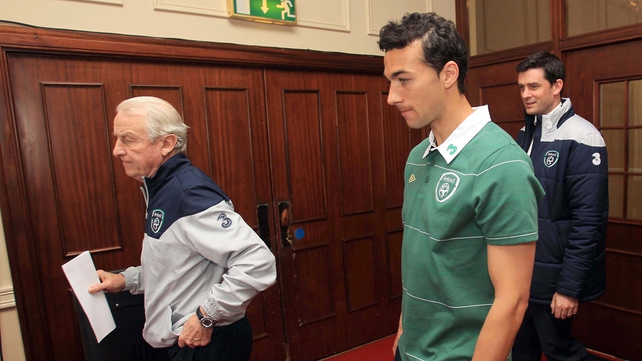 “I have proudly represented Ireland from the age of 16, and I have never shown anything other than 100% commitment to my country and my team. I cannot and will not tolerate attempts to defame my commitment and loyalty to Ireland.”

Later in the year, another man who had previously suffered the wrath of the manager, Marc Wilson, claimed that the Irish players were still unsure what the manager wanted them to do – five years into the job.

Wilson said the manager’s instructions were ‘coming across as clear as we can make out’. The clock was ticking.

Not so lucky Trap

In March, Ireland looked to undo some of the Germany damage with a double header against Austria and Sweden. Topping the group was already out of the question and now it looked like it would be a straight battle for second spot between Trapattoni’s side and the two teams they would face over those five days.

Ireland travelled to Stockholm and put in a classic Trapattoni-style performance to snatch a valuable away point in a 0-0 draw.

Victory against Austria in Dublin the following Tuesday would put Ireland in with a real shout of challenging for the play-off place.

Austria arrived with intent and took an early lead at the Aviva.

That goal seemed to inspire the Irish and they proceeded to dominate the visitors, taking the lead thanks to two Jonathan Walters goals.

The manager’s system looked like it was eventually evolving as Ireland dominated their opponents with the only real Austria threat coming from Bayern Munich starlet David Alaba.

With twenty minutes remaining, and Ireland in control, the team reverted to type and decided to defend on the edge of their penalty box. Whether or not this was a direct order from the sideline is irrelevant as the manager appeared content and refused to make changes as Austria pushed for an equaliser. 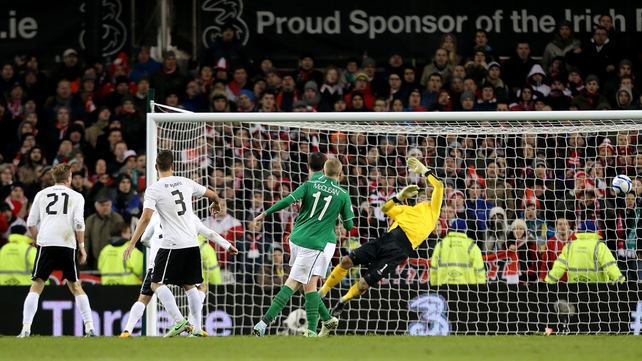 The manager had enjoyed a lot of luck in his time in charge of Ireland – especially by drawing Estonia in the Euro 2012 play-off – but that was about to change as an injury-time deflected Alaba effort levelled matters and left Ireland facing an uphill battle in their fading World Cup campaign.

McCarthy on the move

One of the first rules of international management is to stay on the right side of the people who pay your players’ wages, the club managers. Trapattoni, however, had no problem telling players (and the media) that they should be moving from certain clubs if they are not getting first-team football.

And while many of the Ireland squad were indeed enjoying too much time on their respective benches, it is not the job of the international manager to orchestrate such moves, creating disharmony for the player on his return to the club.

The Ireland players are well aware when they need to move, but thankfully they are going about things the right way and there was some essential movement during the summer, which can only strengthen the international side.

James McCarthy has been on many clubs’ watch-list over the past few seasons and when Wigan were relegated the midfielder looked certain to move on. 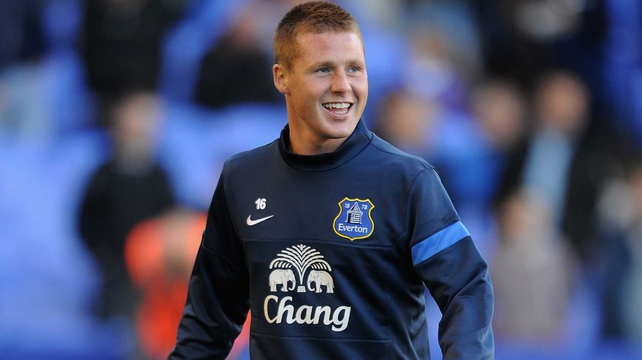 But McCarthy showed great maturity to sit tight until the right offer came in and thankfully that was through the loyalty of his previous manager to take him to Everton, where he has already established himself in a side that are flying high in the Premier League.

McCarthy is surely the man to build the new-look Ireland team around and with talk of certain players coming back into the squad, there should be a healthy competition for places in the Ireland midfield.

Other notable moves saw James McClean make a pure footballing decision to drop out of the Premier League to play with Wigan Athletic in the Championship, which will surely stand to him in the future in club football and wearing the green of Ireland. Richard Dunne’s clever move to QPR also looks like it will be a real benefit to Ireland for the upcoming campaign.

The home defeat to Sweden in September put paid to any slim hopes Ireland had of making it to Brazil for the World Cup. Defeat to Austria a few days later would speed up the imminent departure of the international boss as Trapattoni signed off after a five-year stint as Ireland manager.

Martin O’Neill seemed the obvious choice to replace the Italian but the FAI’s delay tactics looked as though the former Leicester, Celtic, Sunderland and Aston Villa manager would not be handed the role.

Noel King’s interim position provided a lot of entertainment for television viewers but was never a serious consideration for the job on a permanent basis.

Eventually, O’Neill was appointed and the Derryman arrived with a bang as he unveiled Roy Keane as his assistant. 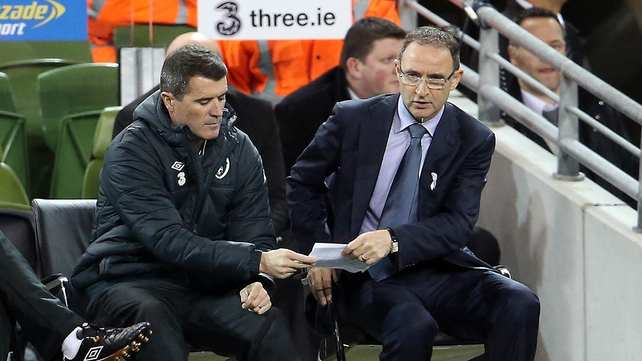 Initial disbelief turning into unbridled enthusiasm as the appointments gave Irish football supporters real hope after a calamitous 15 months since the European Championships.

Suddenly every eligible player wants to wear the green jersey again and there will be a real buzz going into the upcoming Euro 2016 campaign with promises from the new manager of young players getting their chance and the return of some others who have been away from the international set-up; Gibson, Given and Ireland, perhaps.

So while the world will be focusing on Brazil in 2014, the Irish will be making plans and building bridges as the new regime will use the first nine months of the year to prepare, ahead of the upcoming campaign.

And by the end of 2014 Ireland will not have qualified for any upcoming major tournaments, but they will certainly know whether they are on the right road.